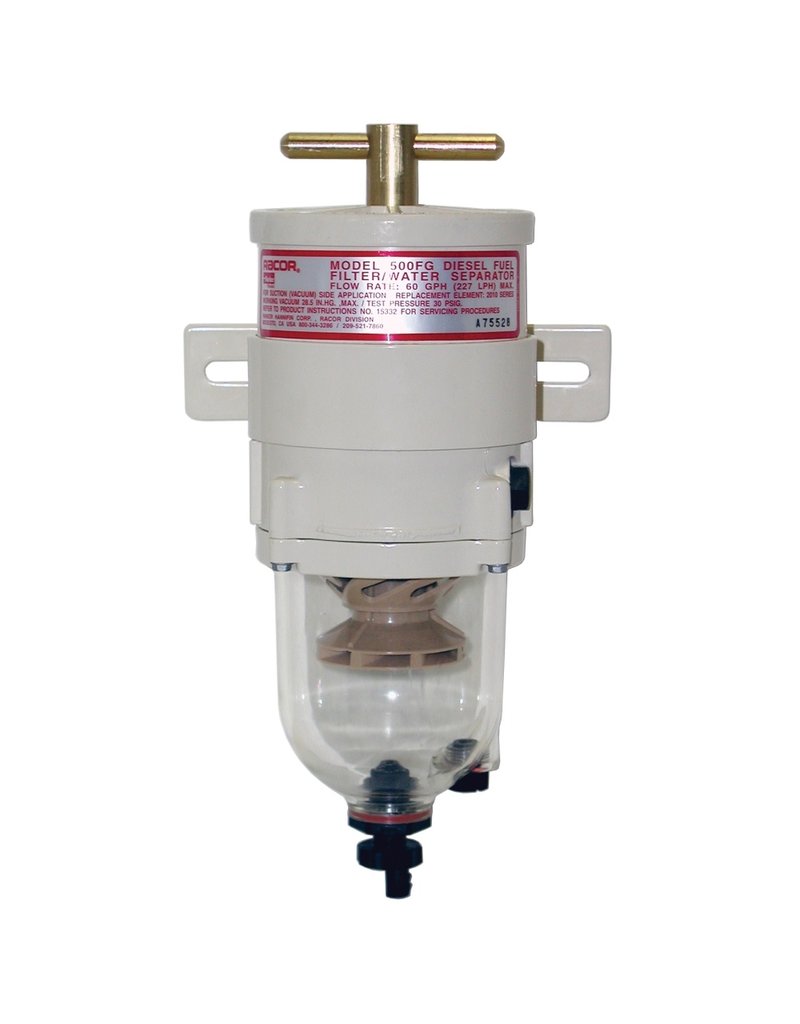 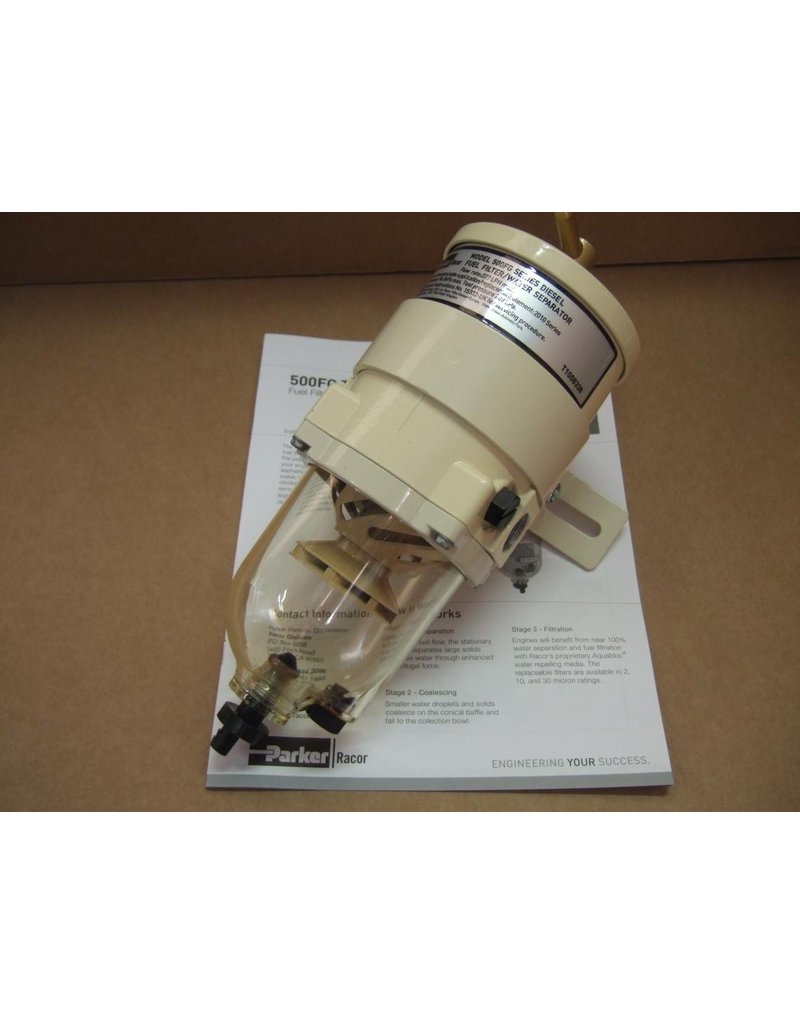 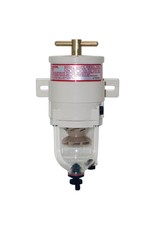 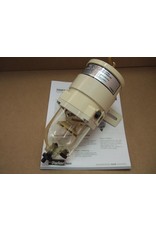 This model utilizes Racor’s proprietary Aquabloc® filtration elements. Aquabloc® is a unique engineered media that incorporates pleat-spacing corrugations and a graduated pore structure to increase dirt-holding capacity and extend filter life. The media is waterproof and rustproof, capturing contaminants while the specially treated surface separates and coalesces water from the fuel; causing the water to gather into large droplets that then fall into the clear collection bowl.Aquabloc® elements are available in three different ratings, including:

30 micron (98%@30 micron) – Ideally suited as a pre-filter to protect downstream filters from excessive contamination. Extends the life of on engine filters.

For optimal performance, Turbine Series filter assemblies should be installed on the vacuum side of the fuel transfer pump. They remove contaminates from fuel using the following three-stage process:

Stage One - Water Separation: As fuel enters the filter assembly, it moves through the centrifuge and spins off large solids and water droplets, which fall to the bottom of the collection bowl.

Stage Two - Coalescing: Small water droplets bead-up on the surface of the conical baffle and cartridge element. When heavy enough, they fall to the bottom of the bowl.

Stage Three - Filtration: Proprietary Aquabloc® cartridge stops and captures fine hard and soft contaminants, while remaining water coalesces on the media surface. The coalesced water gathers into larger drops that then fall down into the clear collection bowl.

Benefits:
• Removes water that enters the system through condensation in the fuel tank. Any water present in the fuel stream will support bacterial growth, which can cause clogged filters and result in the formation of corrosive acids. Susceptible components then rust and corrode, leading to erosion and wear of critical fuel system components.
• Removes hard particles present in air that are introduced during fueling, such as sand and silica.
• Removes soft contaminant particles from overheated and degraded diesel fuel, which coat filters with black asphaltene-like substance, leading to power loss and engine shutdown.
• Prevents costly injector damage and increases operational life of downstream filters.
• Saves time and money by eliminating unplanned maintenance and unscheduled downtime from system component failure. 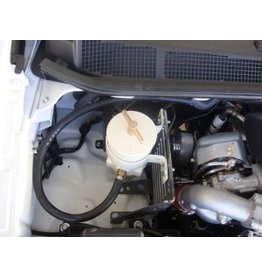